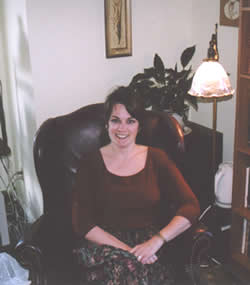 The terrible two’s bring particular images to mind.  We may think of screaming children no taller than our knees who create havoc and stress for anyone within hearing.  It’s a time when a child’s favorite word seems to be No!  They challenge the most patient parent, and yet it is a predictable stage of development and growth that most parents aren’t prepared for. I know I wasn’t.

When I was growing up I watched as my older siblings stopped in their tracks, perhaps mid-sentence if they heard our father raise his voice.  All he would have to do is say, “Here, here!”  That meant we had bothered him with our voices being too loud or aggressive with each other. Dad was of average height with a deep voice and presence that left no question that he was in charge. He didn’t hit us or swear or get hostile. Once he became aware of our misdeeds he put a stop to it immediately and we all scattered.  I erroneously thought that message would carry over to my own son who at age two began to challenge my authority.  Instead of redirecting his activities once I’d said the magic words, “Here, here,” he looked at me with a puzzled expression.  What did I mean?  Here for what?  It didn’t work, and I was at a loss as to how to teach him that as his mother I was in charge.

Over time and much effort this is what I learned.   Toddlerhood holds one of the most important developmental stages we all go through with varying degrees of success.  We move from the crib and being carried around to talking and walking on our own.  With this new independence we are ready to venture further and see where else we can be independent, separate from others and autonomous.  It’s normal at this stage to challenge authority, boundaries and rules.  When we are given clear, consistent limits with love and persistence our kids learn to trust us and find their place.

I watched as a little boy, perhaps 18 months or so, stayed behind as his family left the park.  There was a crowd of eight or ten people, adults and teens who were talking, laughing and otherwise too engaged to notice that junior had been left behind.  I stood close by so no harm would come to him and watched.

As the group left the park and walked towards the sidewalk the little boy stopped and watched them go. He turned his back and walked the opposite direction. He stopped and turned back to see if they had noticed. They hadn’t. He turned again and headed further away from them, a smile on his face.  He was testing them and his own power.  Could he make his own decision about which way to go?

Finally someone noticed he wasn’t with them.  I was hopeful that one of his parents would go to him, get down to his eye level and firmly tell him that he must stay with them, that it wasn’t safe for him to wander away.   The parent would then take his little hand and lead him back to the group.  Check list taken care of. Child leans in public places I am to stay with the family.  And hopefully the parent is more careful not to lose sight of a toddler in public.

Instead, they did the opposite. Once they realized he had stayed behind they called to him in a taunting manner saying they were going home now, he would be left behind and calling goodbye to him. He panicked and screamed in fear. Tears rolled down his face as he ran to the group.  His attempt at autonomy did not go well.  If anything it has created anxiety and confusion about being independent, which is the hallmark of this developmental stage.

It wouldn’t surprise me if he wanders off in public again. There was no clear set boundary with a satisfying finality given with love and firmness.  There was fear but that doesn’t mean he wouldn’t be willing to face that fear again in order to test a boundary that was not clearly set.

With this new independence we also need to figure out where we stand in our social settings, starting with our families.  We may be given instructions and rules but we have to test them out, see if they hold, and see if there are stronger than we are. If we are allowed to break the rules then we learn we are stronger than the rules.  If the rules are enforced only sometimes then we learn to keep challenging them because they are not consistent.   In really unfortunate cases, the child learns through experience that they are stronger, at least in will, than their parents.  The rules don’t apply and we don’t learn to behave appropriately or use manners socially.

Recently I was among a small group of people gathered around a keeper holding an owl at the Zoo.  The keeper talked about the things that make an owl an owl. She was asking some of the kids in the crowd about characteristics of owls and such.  Suddenly I felt someone brush past my arm.  I said aloud, “Excuse you!”  She ignored me. She was approximately 9 years -old, with long blonde hair and tall for her age.  She pushed her way to the front of the group, about three people in front of where I stood.  She wasn’t content to stand next to the kids in the front row. She moved closer to the keeper and the owl.  When the keeper asked her nicely to stand back the girl moved back two inches. The keeper again asked her politely to stand back.  At this point a woman on my left said, “Don’t wreck if for everyone. Stand back and give the owl some space.”  The girl turned to the woman with a look of contempt.  The keeper now instructed the girl to move back to where the other children had formed a line.  “That’s no fair!” she cried.  By now I am looking around for a parent.  Who the heck has raised this obnoxious, ill-mannered child that I am about to confront?  Suddenly, a tall blonde woman standing to my right reaches her hand toward the girl and soothingly says something about minding the keeper.  This is what I call a “Fish Parent.”  They have no backbones.  They are also the kinds of families I work really well with because I help them find their strength. I help their kids find their right places in the world and take them down a few notches for their own good.

This girl has learned that she can do as she darn well pleases. She has no consideration for others, including the comfort and safety of an animal.  She is a guest at the Zoo but acts as if the world is there for her entertainment and pleasure.  She was openly defiant and rude to the keeper and to the woman who asked her to cooperate.  This girl is what we called “Spoiled” and just like food spoiling creates rot, spoiling children creates behavior problems, self-centeredness and an ill fit for society.

We would be wise to teach new parents what to expect and how to prepare for children coming into toddlerhood.  Parents working together form the strongest foundation in which their children can begin find their place in the world.   When I talk to parents about foundations I explain that I see a family in a similar way that I see a house. Each house has its uniqueness whether is it the color of walls or the people living in it. Just like a house, a family needs to have a strong foundation or it will crumble.  For a family foundation I am talking about clarity of the rules, expectations, follow through, consistency, affection and play time where we bond. Without a strong, clear foundation children will continually test the limits to see if they hold. Where there are inconsistencies there are holes in the foundation and we create power struggles with our kids.

When we are facing power struggles we are putting ourselves on the same level as our kids.  What am I doing down here?  That is not my place, and I won’t allow myself to lose my temper and perspective in engaging with my child.  “Here, here” may not work but time-out and consequences do.  I always like to pair that with positive feedback, sticker charts, praise and rewards parental time and attention.  Notice I did not say money, video games or food.

I know it is hard to do, especially when we are tired or distracted. Kids are smart about finding our weak spots, pushing our buttons and looking for loop-holes between parents.  One of the hardest parts of parenting for me was consistency.  I like spontaneity, playfulness and excitement.  The idea I had to follow through in the same manner was one I had a hard time adapting to, but I found that when I was consistent it wasn’t long before my son took me seriously and we got along so much better.